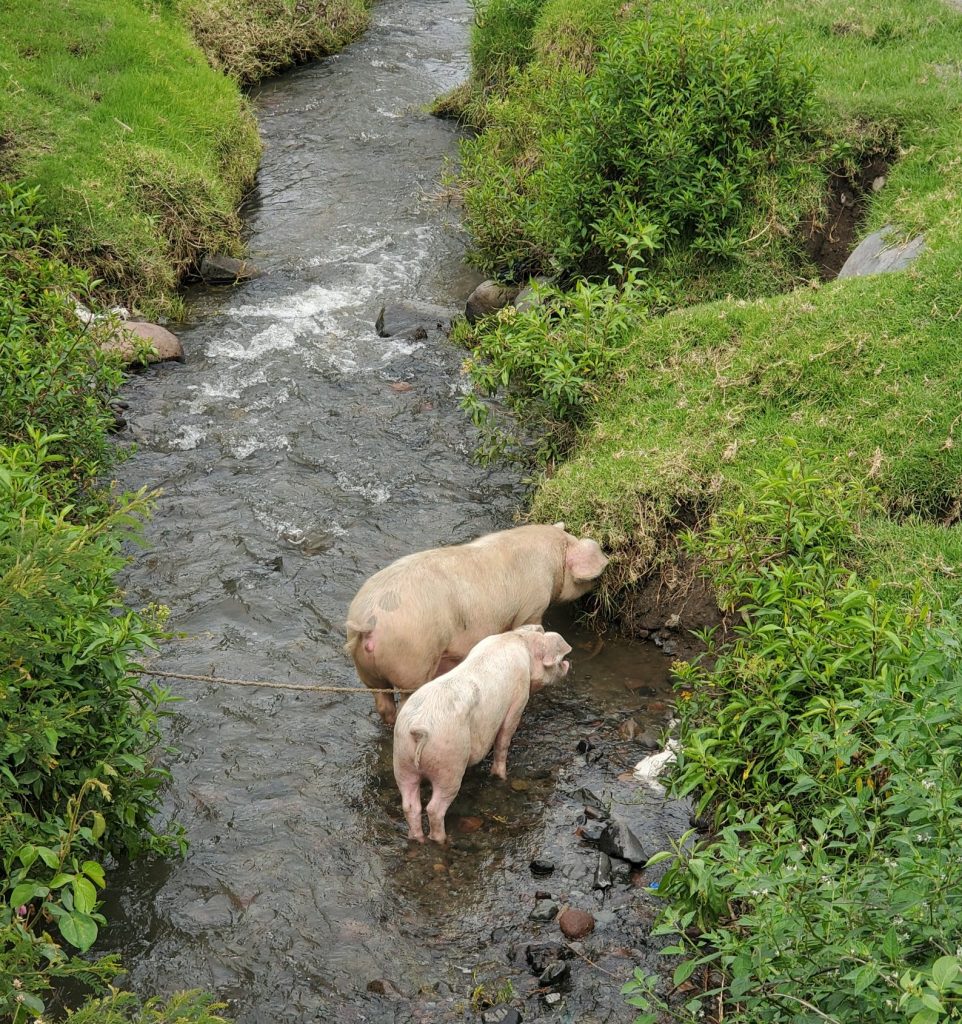 Last November we were days away from our Ecuadorian Residency when globalist President  Lasso announced the Covid-19 Vaccine Mandates were required to enter the country AND to obtain a temp-residency visa.  WTF?

We had invested $40k into an Ecuadorian Certificate of Deposit that was a requirement for the ‘Investor Visa’ we were promised, only to have requirements changed after the fact.

Oh yeah…and there was this!

We had bought a house in Ecuador the same day we were told about the vaxx mandates imposed by globalists, globally.

We had another “covid induced” gut wrenching, soul searching discussion for 24 hours (lost count of the number of these types of talks past few years) and 6 days later we were on a plane heading to Mexico City.

2 months and 23 public buses later, we had navigated the length of the Mexico Highlands, from Oaxaca to Nogales.  Refusing to wear masks, obliging when asked, and only supporting the people & businesses that supported us…which was the majority, easily.

We took a bus from Nogales Mexico across the border to Nogales, USA.  Why?  Because the U.S. gov’t only required covid testing for AIR travel, not LAND border crossings, cuz you know, trust the science.

We flew from Tucson to Bend to retrieve the truck and camper, & then set out on what became a 8k+ mile trip of a lifetime, spending the summer visiting our son in Ohio & exploring the great lakes, and then an epic road trip had us boondocking in Brooklyn, exploring Maine & New England, hitting that silly milestone of having  visited all 50 U.S. States, and hitting Seattle to visit a friend before returning to Bend some 7 months later, wow.

For the 1st time in over 30 years we know longer own anything in Oregon.  We still have family & friends that we love there, & Oregon is arguably one of the prettiest places on the planet, but it has changed to the point of not recognizing anything that originally brought us there or made us want to build careers & raise a family.

And now, as we reflect on these past 12 months and BEGIN the tasks we set out before us for the coming year, it is clear that whatever lies “out there”  for us does not exist, at least in the form we want, unless we create it.

There is a global shift away from all consuming, dollars first, economic relationships towards deeper, more meaningful experiences with other like minded souls, followed by an exchange of value in some form or another.  It is these relationships and this exchange that we will pursue further.

Posted in Adventures, Inspiration, Travel
← Finding a bus from Puebla to Taxco Mexico