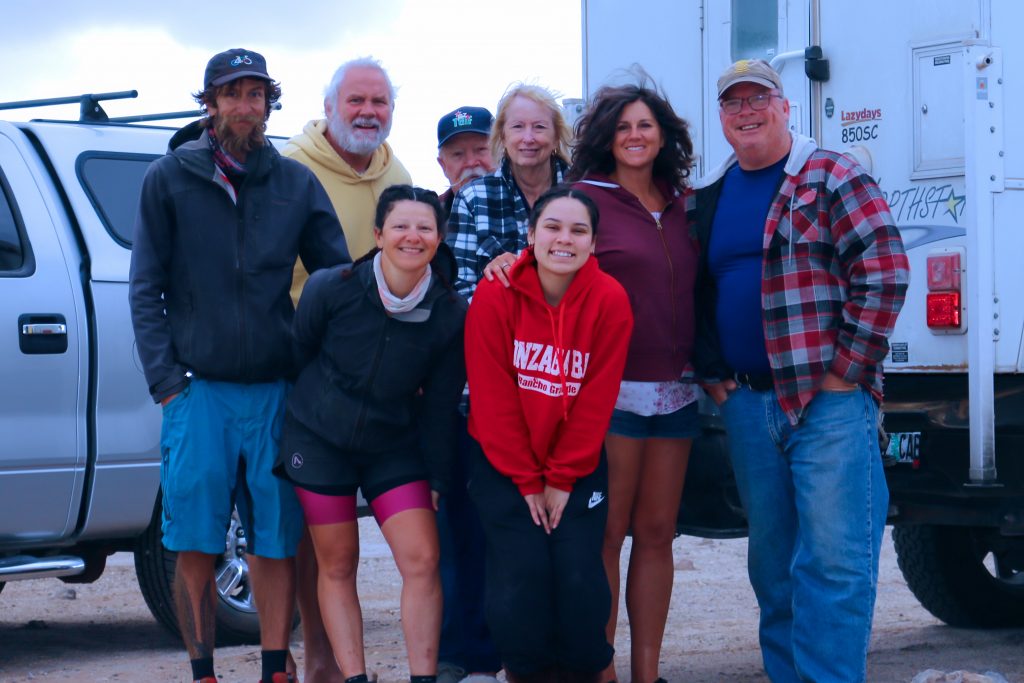 A wise person once said, “Travel is better with friends.” Whether we bring them with us, or meet new ones along the way, friends make travel way more fun!

We just spent our LAST WEEKEND in BAJA at the palapa of our friends, Sharon & Marvin. Our original stay here was on our second night in Baja. High winds and the fixing of a blown down garage door, turned our 2 night plan into a 5 night stay.

Many text conversations later, we developed a cool new plan. On our return journey we would have one last blow out weekend at Palapa Number 1. It would include Sharon & Marvin, their son Kevin, and his daughter Bella.

We have been friends with these people FOREVER! But we haven’t seen Kevin in the flesh for 35 years! Both our families have a long and strong history with Baja. Sean made his first trip to Baja at the age of 13 with his dad, who was part of the medical team working the Baja 1000. Sean introduced me to Baja in my late teens. In the 80’s we used to pop down here with Kevin for some fun times on the beach or off-roading. We were so cute!! Kevin’s dad, Marvin, a ham radio enthusiast, also worked the Baja 1000. Sharon and Marvin have been enjoying Baja for nearly 50 years!

What kind of high jinks did we get up to when we reunited with our good friends at Palapa #1?

After pouring some refreshing beverages, Kevin grilled up juicy Tri-tip tacos for dinner, while Sean made an INCREDIBLY FLAVORFUL guacamole and picante pico de gallo. I was just in the kitchen looking decorative!

Next, three generations of women to put together a 500 piece Goddess masterpiece (with a little/lot of help from Sean).

Then, we moon-gazed at the fullest moon of the year, just before the guys built an EPIC bonfire on the beach.

The next morning, all outdoor fun stopped as the wind started to blow.

Who would have thought a wind storm could bring people together?

@Turtlesonwheelies are cycling from Alaska to Ushuaia, Argentina. They stopped at Rancho Grande for the night on their way to Bahia De Los Angeles. Just after sunrise the wind REALLY started blowing – 38 mph with gusts of up to 50 mph. They were huddled under cover after their tent nearly blew away. Luckily we saw them and invited them into the garage, our refuge for the day.

What kind of high jinks did we get up to with our new friends at Palapa #1?

First, there were many cut-throat games of UNO. Who knew that game could get so competitive? Next, we plied them with ALL KINDS OF CLICHE AMERICAN FOOD. We learned that JC (an engineer) and Marie (an attorney/french professor) were from Spain and France and they were making their way to the TIP OF SOUTH AMERICA on their bikes!

They survived not only the windstorm, BUT 24 hours with THREE GENERATIONS of CRAZY AMERICANS! Kudos to them! Check out their IG page @TurtlesonWheelies or like their Turtles on Wheelies Facebook page to follow their adventures.

By the time they left, we felt like we were saying goodbye to old friends.

RUMOR HAS IT that the owners of Rancho Grande are planning on building more casitas, and tearing down the old palapas. Nobody knows for certain yet the fate of Palapa #1, but this JUST MIGHT HAVE BEEN the very LAST HURRAH AT PALAPA #1!

TRAVEL IS BETTER WITH FRIENDS

Later that morning, we packed up, HAD A GOOD LOOK AROUND, and gave thanks for all the fun times we have had at Palapa #1, then headed FOR THE BORDER.